Immigration in the Time of COVID: Consequences for Election 2020 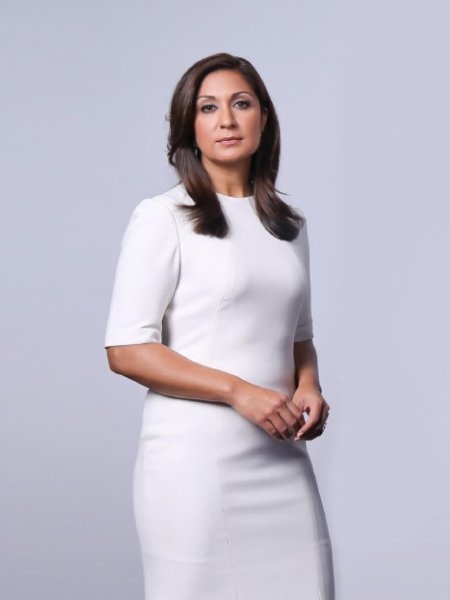 Amna Nawaz joined PBS NewsHour in April 2018 and serves as senior national correspondent and primary substitute anchor. Prior to joining NewsHour, Nawaz was an anchor and correspondent at ABC News, anchoring breaking news coverage and leading the network’s digital coverage of the 2016 presidential election. Before that, she served as a foreign correspondent at NBC News, reporting from Pakistan, Afghanistan, Syria, Turkey and the broader region. She is also the founder and former managing editor of NBC’s Asian America platform, built to elevate the voices of America’s fastest-growing population.

At NewsHour, Nawaz has reported politics, foreign affairs, education, climate change, culture and sports. Her immigration reporting has taken her to multiple border communities in Texas, New Mexico, Arizona and Mexico. She’s investigated the impact of the Trump Administration’s immigration policies, including following the journey of a single toddler as she left her home in Mexico, was separated from her family at the U.S. border, and later reunited with her family several weeks later. She also regularly covers issues around detention, refugees and asylum, and migrant children in U.S. government custody.

Domestically, her reporting has taken her to Appalachia to cover healthcare and the economy, the Pacific Northwest to cover gentrification and discrimination in housing, and communities across the country to take the political pulse of the nation. Internationally, she’s traveled to Brazil to report on climate change from within the Amazon, and the Venezuelan refugee crisis.

While at ABC News, Nawaz reported the documentary, Roberts County: A Year in the Most Pro-Trump Town, following four families’ lives over President Trump’s first year in office, and hosted the podcast series, Uncomfortable, featuring in-depth, one-on-one conversations with thought leaders on the issues dividing America. She was NBC’s Islamabad Bureau Chief and Correspondent for several years, and was the first foreign journalist allowed inside North Waziristan, the then-global hub of Al Qaida and the Taliban. She covered the Taliban attack on Malala Yousafzai, the U.S. raid on Osama bin Laden’s compound, and broke news in a series of exclusive reports on the impact of U.S. drone strikes. Nawaz reported for the network’s investigative unit, covering the U.S. housing crisis and the BP oil spill, and also covered the election and inauguration of Barack Obama, the earthquake in Haiti, and Hurricane Katrina.

Note! A thunderstorm rolled in at 34:43 and there’s a freeze on screen until 37:59. The recording didn’t stop, so there’s an interlude while Amna returns to the broadcast.